skip to main | skip to sidebar

Why Africa Is Still Starving

Paleontologists hunting fossils of early man in the Rift Valley of southern Ethiopia call the area the cradle of mankind. This year it's bursting with life, especially in the fields where local farmers grow barley, potatoes and teff, a cereal used to make the flat, spongy bread injera. As a warm July rain falls on a patchwork of smallholdings half a day's walk from the nearest road, the women harvest yams, the men plow behind sturdy oxen and fat chickens, goats and cows roam outside mud huts. And yet for all the apparent abundance, this area is so short of food that many are dying from starvation. All morning, the hills above the village of Kersa have echoed with the wails of women walking in from the fields. They gather on a patch of open grass before a stretcher made from freshly cut bamboo, bound and laid with banana leaves. On it is a small bundle wrapped in a red-and-blue blanket. An imam calls the crowd together, asks them to take off their shoes and arranges them in two lines, women behind men, facing east. "Allahu akbar," he says twice. Then four men pick up the bier, easily handling its weight with one arm, and walk a short way to a freshly dug hole, into which they lower the bundle and bury it. Three other small, fresh graves nearby indicate Ayano Gemeda, 6, was not the first child to starve in Kersa this year. The distended bellies and chicken-wing limbs of children looking on suggest he won't be the last.
In the six weeks to mid-July, Médecins Sans Frontières (MSF) treated 11,800 Ethiopian children for severe acute malnutrition. At a tented hospital in the town of Kuyera, 50 out of 1,000 died, double the rate MSF expects for a full-fledged famine. "It's very bizarre," says Jean de Cambry, a Belgian MSF veteran of crises from Sudan to Afghanistan. "It's so green. But you have all these people dying of hunger." The verdure around Kuyera is misleading. It is the product of rains in June, too late for the first of two annual crops. From January to May, the fields were parched and brown. And one failed harvest is enough to turn Ethiopia, a nation of 66 million farmers, into a humanitarian catastrophe.
Hunger has swept East Africa this year, spurred by poor rains and rising food prices. The U.N. estimates that 14 million people urgently need food aid, including 2.6 million in Somalia and more than 1 million in Kenya. In Ethiopia, 4.6 million people are at risk, and 75,000 children have severe acute malnutrition. Nearly a quarter-century ago, an outright famine led to Live Aid, an international fund-raising effort promoted by rock stars, which produced an outpouring of global generosity: millions of tons of food flooded into the country. Yet, ironically, that very generosity may have contributed to today's crisis.
Over time, sustained food aid creates dependence on handouts and shifts focus away from improving agricultural practices to increase local food supplies. Ethiopia exemplifies the consequences of giving a starving man a fish instead of teaching him to catch his own. This year the U.S. will give more than $800 million to Ethiopia: $460 million for food, $350 million for HIV/AIDS treatment — and just $7 million for agricultural development. Western governments are loath to halt programs that create a market for their farm surpluses, but for countries receiving their charity, long-term food aid can become addictive. Why bother with development when shortfalls are met by aid? Ethiopian farmers can't compete with free food, so they stop trying. Over time, there's a loss of key skills, and a country that doesn't have to feed itself soon becomes a country that can't. All too often, its rulers use resources elsewhere — Ethiopia has one of Africa's largest armies.
Why do we get aid so wrong? Because it feels so right. "The American people," says U.S. ambassador to Ethiopia Donald Yamamoto, "are simply not going to sit tight while they see children dying." Nor should they: a starving man needs to be saved first, before he can be taught to fish — or farm. But as the world rallies again to Ethiopia's aid, donors face a dilemma. "We're not getting to the real problem," says Yamamoto.
What would? Ethiopia thought it had found one answer. In 2005 a $1.4 billion five-year program identified 7.3 million Ethiopians unable to live without free food and gave them jobs in rural projects, such as roads and irrigation. The idea was to create livelihoods as well as to save lives. It was working, slowly. By this year, says a Western economist familiar with the effort, "a few thousand" had left the program and were making it on their own. Then came the double blow of drought and soaring food prices. Of the 7.3 million, 5.4 million suddenly needed extra food aid. The sobering lesson: even the best efforts to eliminate hunger are expensive, slow and uncertain of success. Depressing as it may be, this may not be the last time Ethiopia needs help.
With reporting by Kassahun Addis/Addis Ababa
Posted by dee at 5:27 PM

"For I know the plans I have for you," declares the Lord, "plans to prosper you and not to harm you, plans to give you hope and a future." Jeremiah 29:11

The girls and I 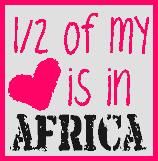 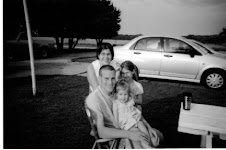 Abby, Anna, Paul and I

dee
Let me share with you the joy of this journey!! The beauty of obedience. and the blessings we will gain by adopting our little Ethiopian princess